Today’s the day for a brand new cover reveal, and I’m super excited to share it with you! If you haven’t already guessed from reading my “E’veria Week” posts this week, I’m a big fan of Serena Chase’s Eyes of E’veria YA Fantasy series. So I count it an honor to be among those introducing readers to this newly redesigned cover for The Seahorse Legacy. If you recall, that’s the third book in the series, and the first to feature Erielle and Cazien as lead characters. (So good! Here’s my review in case you missed it.)

And, without further ado, here’s the new cover (click the image to see it full size): 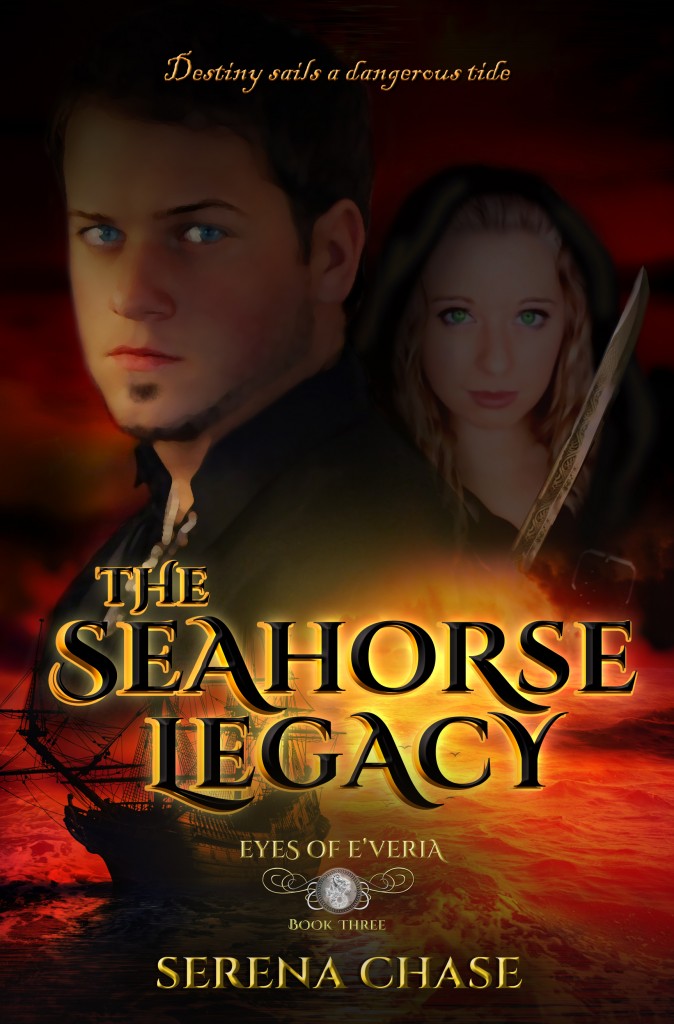 I just love the vivid, saturated colors and the classy layout of this cover! What do you think? Do you love the new look as much as I do?

To celebrate this gorgeous new cover, Serena is offering a fabulous prize package, so be sure to scroll down to the bottom of this post to find the Rafflecopter form where you can find details on how to enter! I’m told the prize package includes:

Cool, huh? So don’t forget to enter! But first, here’s some details about The Seahorse Legacy and about author Serena Chase.

a Pirate, bound by a centuries-old oath

As Keeper of the Seahorse Legacy, Cazien de Pollis is a King among pirates, divinely appointed to dispense justice on the seas. Bound by the sacred oath of a long-dead ancestor, he must fulfill a contract to wed the green-eyed Oracle’s Daughter named therein—or risk losing everything he and his people hold dear. But at nineteen, with the identity of his betrothed only recently revealed, Cazien resents the contract—and the urgency within him to see it satisfied.

a Knight, determined to prove her calling

Erielle de Gladiel returned from the quest for the Remedy, changed. Not only are her formerly-blue eyes now a brilliant shade of green, but she must don gloves to hide inky evidence that her prophetically-bestowed title, the Oracle’s Daughter, demands more from her than the task already completed. Erielle’s dearest-held dream is realized when she is knighted by her King, but unbeknownst to her, that very honor jeopardizes the prophesied purpose to which she and Cazien have been called.

Just as Cazien summons the courage to collect his bride, dark rumors and darker deeds crawl up the coasts, calling its guardians, the Seahorse Pirates, into action—and Cazien away from Erielle. But even though the Oracle’s Daughter knows nothing of the contract to which she has been consigned, Cazien’s enemies have somehow learned of his interest in Erielle. And if they reach her before his ancestor’s weighty oath is executed, the Seahorse Legacy will be forfeited . . . and darkness will be given reign.

The third book in this series-within-a series, The Seahorse Legacy begins an epic re-imagining of several fairy tales, combined–including an unexpected twist on The Twelve Dancing Princesses. This romantic adventure will conclude in Eyes of E’veria, Book 4: The Sunken Realm, coming late Summer 2015. 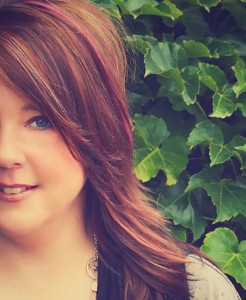