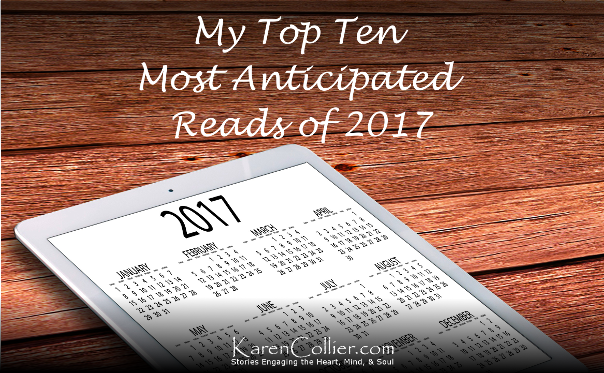 I must confess, I intended for this to be a Top Ten Tuesday post when I made my list. But when I went back to look at this week’s prompt from The Broke and The Bookish, I realized I’d misread the prompt, and more closely approximated the prompt done on December 13th. Oops!

I went back and forth on whether to redo my list to focus on the “Top Ten 2017 Debuts I’m Excited For” (as prompted) or whether to go with the list I’d already written. In the end, I decided the list I really wanted to share were my top ten most anticipated reads for the first half of 2017, whether debut or not. So…that’s what I’ve done. And I’d love to hear about the books you’re looking forward to in 2017 as well… debut or not.

Without further ado, the upcoming releases I’m most looking forward to:

The Evaporation of Sofi Snow by Mary Weber
First in a new series.
Science Fiction from Thomas Nelson
Releasing June 2017

Are any of these upcoming releases on your To Be Read List? What are you most excited about reading in 2017?

5 thoughts on “My Top Ten Most Anticipated Reads of 2017”